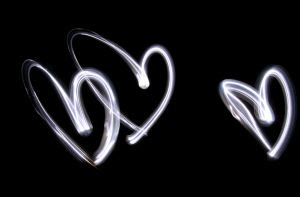 As I considered what new "face of infertility" to focus on in today's blog, I decided to honor March 3, 2010, a historic day in Washington D.C. where couples waited in line for hours to apply for marriage licenses on the first day same sex unions became legal in the nation's capital. One rarely thinks of same sex couples as "infertile," but the absence of a heterosexual partner means that they must give careful and deliberate consideration to how to enlarge their families. "Social factor infertility" differs in some ways from a diagnosis of medical infertility, and couples facing either will share some familiar emotional territory.

The shared territory obviously includes the anxiety about whether one partner will be able to conceive, and what toll this effort will take on relationships, self esteem, finances, and plans for one's future. The unique territory faced by same sex couples will depend on how open they are about their relationship, whether they have friends and loved ones who support them emotionally in their effort to become parents, whether they are legally married, how they plan to conceive or adopt this child, and whether they live in a state that permits adoption by same sex couples.

Same sex couples who are open about their relationship will have created an environment in which they can be relatively straightforward about themselves and their lives together. In this context, if they choose to share their hopes for a pregnancy or an adoption, they are likely to be able to rally support from many of the people whom they tell of their plans. The details of how they plan to conceive may be shared discreetly: lesbians can choose insemination with sperm from a donor (identified through a sperm bank or a consenting male known to the couple), or intercourse carefully timed to the woman's ovulatory cycle. Gay couples can identify a gestational surrogate, either using her eggs or the eggs of a donor mixed with the sperm from one or both of them. And both gay and lesbian couples can explore adoption as a way of enlarging their families.

Although same sex and heterosexual couples will share many anxious days of waiting for a positive pregnancy test, and some lesbian couples may be treated at infertility clinics, same sex couples must address some issues that never enter the minds of heterosexual couples. Physicians sometimes refuse to inseminate lesbian patients; infertility clinics occasionally refuse to accept unmarried patients; informal acquaintances may assume there is a "husband" in the picture and ask questions of a pregnant lesbian that build on that assumption; and health insurance issues can arise, especially around use of a surrogate.

Adoption is another issue that is different for same sex couples. First, it is important to keep in mind that there are states in which it is not legal for a same sex partner to adopt. Even in states that permit adoption, this very process feels emotionally intrusive at the very time the parents are bonding with their new child. In the case of gay fathers who adopt a child, there will need to be an initial home study and reams of paperwork prior to the legal adoption of their child. If their baby was born to a surrogate, a number of steps must be taken to ensure legal parenthood status for the fathers. For lesbian mothers, the non-birthing mother will need to complete a home study and a legal adoption several months after the baby is born. Also, in same sex couples who wish to pursue adoption as the way to enlarge their families, there are a number of constraints as they encounter some adoption agencies who will only work with married couples or heterosexual couples. In regards to international adoptions, many countries now block adoptions if one person in the same sex (OR heterosexual) couple is over a certain age; has been previously married; is not married; has had treatment for certain mental health or certain physical health problems; and in some countries, adoption of their children by a same sex couple is not permitted. For the occasional gay or lesbian in a same sex relationship who considers presenting as a single person, the legal advice is firm: don't! This is because if you are found to have been untruthful in your application materials, you could lose custody of the child. And for all same sex couples whose travels take them through states and countries that may not recognize them as legal parents of their children, remembering to carry copies of adoption certificates is yet one more reminder of their parental vulnerability.

Even with all of these complex considerations that same sex couples face, there is at least one opportunity for respite from the stress of their infertility: their lovemaking is rarely negatively affected by their "social factor infertility." Since they can separate completely the act of making love from their capacity to conceive, they are far less vulnerable to a familiar dynamic of infertile heterosexual couples: having lovemaking diminished by the emphasis on baby-making.

So, at a time that same sex couples now can look forward to one more location for legal marriage in the U.S., we still must appreciate how "social factor infertility" presents unique challenges for parents-to-be. As you notice from the photo appearing at the top of this blog, it depicts both a couple joined in love as well as a loving individual off to the side. In my next blog (which you'll recognize with the same photo), I'll explore the issues, challenges and joys experienced by single women and men hoping to become parents. They, too, are considered to have "social factor infertility," and are rarely thought of in the broader context of infertility.

If you're interested in learning more about how you can enter to win a free copy of my new book, When You're NOT Expecting, click here!
Posted by Connie Shapiro at 8:42 AM