Since January 12, the world's attention has been focused on the devastating earthquake in Haiti and the many international efforts to respond to the needs of its citizens. And for those of us who see news coverage of homeless children and orphans, both physically injured and emotionally bereft, we immediately begin to imagine how we might help. We know from news coverage that the U.S. and many other contries have mobilized resources and people to aid in the relief effort. The most recent news about adoptions and orphans is mixed. I will first share what I have learned about the current efforts, then I will offer a perspective posted by a children's organization in Haiti, and last I will focus on realistic next steps, especially for readers who may be thinking about adopting a Haitian orphan.

On January 20, Secretary of State Hillary Rodham Clinton announced that the State Department is heading up a joint task force with the Departments of Homeland Security and Health and Human Services to focus on orphans and unaccompanied minors. They hope to streamline the process of adoptions and ensure that these families are united as quickly as possible while still guaranteeing that proper safeguards are in place to protect children. An interagency working group has been established to focus on the humanitarian needs of highly vulnerable children. Also, the Administration is also working closely with the many members of Congress who are understandably very concerned about this process.

On January 18, Secretary Napolitano announced humanitarian parole for certain Haitian orphans. The focus in this effort remains on family reunification and makes every effort to be vigilant not to separate children from relatives in Haiti who are still alive but displaced, or unknowingly to assist criminals who traffic in children in such desperate times. As a result there is active discouragement of the use of private aircraft to evacuate orphans. All flights must be appropriately coordinated with the U.S. and Haitian governments to ensure proper clearances are granted before arrival in the U.S. Already some orphans have arrived in the U.S. as the Haitian government has loosened its policy on visa requirements to expedite the adoption of orphans under special conditions: those who have family members living here in the U.S. and orphans who have U.S. adoptive parents who are already in the process of adopting them.

Clearly the urgency to help is being tempered by a concern that too hasty a rush to action may result in traumatic mis-steps. Even before the earthquake there were 380,000 children in Haiti who lived in orphanages or group homes, reports the United Nations Children's Fund. Now the U.S. State Department estimates there could be thousands more children left without parents.

On this issue, a conservative note is being sounded by a children's organization in Haiti, "SOS Children's Villages," that cautions people against rushing to adopt earthquake orphans. Stating that over 80% of these children (estimated by SOS to be between 5-10,000) will have some traceable family who are in some position to care for them, this organization reminds readers that too vigorous an effort to expedite and initiate new adoptions could misidentify children separated from their families in the quake. One of the issues that always arises with international adoption is losing the child's culture. Even with the lower estimates of numbers of orphaned children, SOS concurs with other sources that "the number of orphans is still horrific and the conditions of them and other children have deteriorated sharply."

So, the question remains of how one can extend help at a time when reaching out to adopt may be premature. At the request of President Obama, former Presidents Bush and Clinton are coordiating private assistance and urging Americans to help at www.clintonbushhaitifund.org
You also can text QUAKE to 20222 to charge a $10 donation to the Clinton Bush Haiti Fund (the donation will be added to your cell phone bill). And you can identify more ways to help through the Center for International Disaster Information (www.cidi.org)

As our hearts reach out especially to the orphans and homeless children of Haiti, we also must respect the importance of every effort to help keep these children close to their culture and heritage, close to extended family members, and close to community efforts to rebuild their lives.
Posted by Connie Shapiro at 1:44 PM No comments: 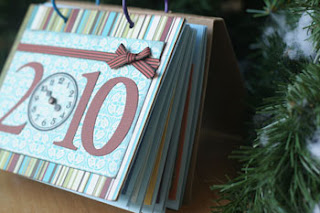 Ever since my teenage years, I have carried out my tradition of welcoming in the new year at midnight and climbing into bed. Before drifting off to sleep, I would review the happiness and regrets of the past year, wondering about what the new year would bring, as well as tucking in some hopes for the future and a few well-intentioned resolutions.

In my infertile years, this new year tradition no longer brought me comfort. My review of the previous year would be replete with regrets for the pregnancy that never occurred, doctors' uncertainties about what to do next, and the emotional loneliness of the infertility experience. As I have talked with people grappling with infertility, I find similar responses to facing the new year, which can feel daunting rather than hopeful. In my new book When You're Not Expecting, I quote one woman who captured a wealth of emotions about her reaction to welcoming the new year:

"Making New Year's resolutions has been a miserable challenge ever since we were diagnosed with infertility. It's bad enough that another year has passed without a baby to share our lives. The thought that I should focus on changing or improving something about myself is downright infuriating. Somehow, just getting through the year in one piece is an ordeal in itself."

So what do we do with the anger and sadness that may accompany our ringing in of the new year? First we acknowledge our right to these emotions. But we then have choices about how to harness this emotional energy and move it in new directions. In my conversations over the years with women and men who are grappling with infertility, they have offered creative ideas about new directions they have embarked on to relieve the anguish of the infertility journey:


So, as I talked with women and their partners who approach the new year without feeling any need for resolutions or self improvement, I could see that their emphasis was on taking care of themselves, expanding their focus in life beyond their preoccupation with infertility, making room for calm and satisfying thoughts, and honoring all their emotions without having the negative emotions consume them.

May your new year be enriched by any of these perspectives that you decide to try.
Posted by Connie Shapiro at 8:50 AM No comments: